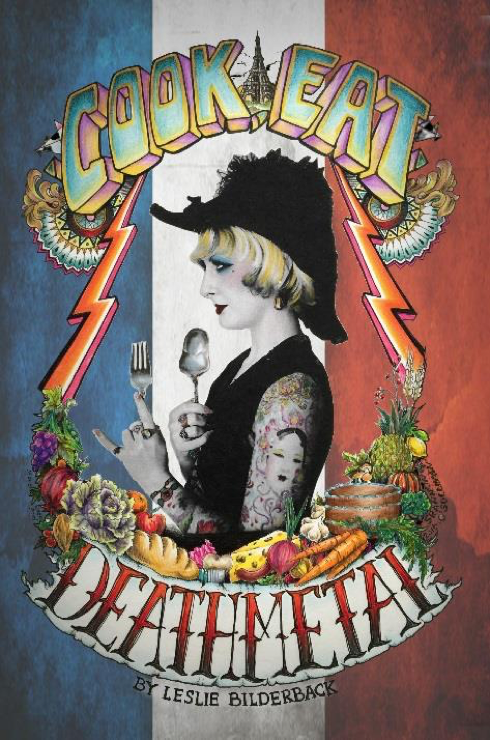 DISSENTION RECORDS RELEASES EAGLES OF DEATH METAL THEMED CHARITY COOKBOOK
We are happy to announce that our friends at Dissention Records have released a brand new Eagles of Death Metal themed cookbook—Cook, Eat, Death Metal. The book is dedicated to the victims of the Paris attacks.

The book was written by Leslie Bilderback and released on the 1-year anniversary of the attacks: November 13, 2016. Leslie is a professional chef, an author of several cookbooks, and one of the more committed fans of the Eagles of Death Metal / Queens of the Stone Age families. All 27 recipes in the book are named after EODM song titles.

All proceeds will be donated to the charities that support the victims. Please go to https://www.dissentionrecords.com/shop to purchase.