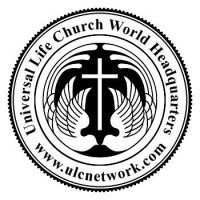 On Dec. 6, 2012, Jesse Hughes, aka Boots Electric, leader of the Los Angeles-based rock band Eagles of Death Metal, was ordained as a minster by the Universal Life Church World Headquarters. The ULC World Headquarters ordains men and women from all over the world as non-denominational ministers. Hughes considers his ordination the next logical step in living his faith, and an opportunity to serve a larger community of believers while simultaneously pursuing his career as a musician.

Hughes, a committed conservative and devout Christian, believes his status as a ULC minister will also offer him a powerful platform for outreach about his beliefs and a chance to engage in constructive dialogue—not only about religion but about a host of contemporary issues. “This is something I’m really passionate about,” he says. “I take it as seriously as I do my music. And now I can reach out to a wide audience with my faith, just I like I do with the band.”


Click on the image below to read the full article! 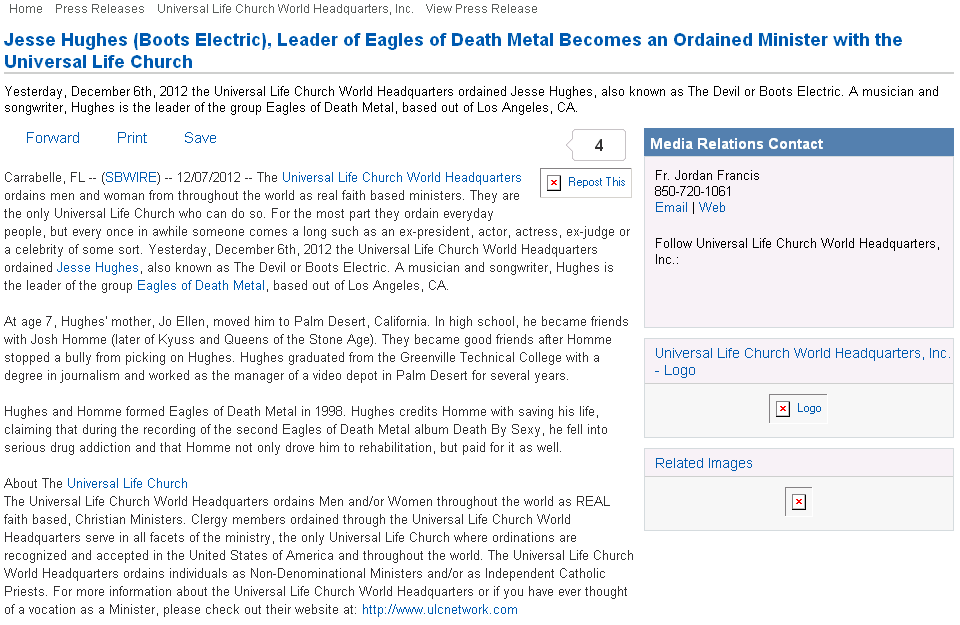